SCHEDULE ALL YEAR ROUND

Tuesday to Sunday open at afternoon

The Restaurant Ibèric offers local (Empordà) cuisine, casserole and fish. The cuisine is Mediterranean, with fried, stewed, grilled, and local produce, such as cottage cheese from Ca la Nuri or other local products cooked in the traditional way, like mushrooms, snails, black truffle or eels from the Ter river.

The signature dishes are the Lobster noodles, Snails à la patarrellada, crayfish and all the fish stews, ‘calderetes‘ or Lobster rice. Fish and seafood are provided by the fish markets of L’Escala and Palamos. And in winter, it is also recommended the grill, located in one of the rooms; lamb, chicken or other grilled meats.

It opened in 1978 on the initiative of Tomàs Cateura. Coming from the world of farming, on the early days, he managed the restaurant like a food house rather than a proper restaurant as we understand it now. It dispensed a very personal care, very private, and there was no carte at all. Thomas Cateura, alongside traditional dishes also introduced eclectic tastes so you could eat Toledo lizard, turtle soup, the native river crayfish or trout just to signal  a few examples.

He was also a pioneer in other ways: it was the first restaurant that was able to buy directly in the Palamós fish market, in 1992. From 2000 come into play the children of Tomàs: Enric, in the kitchen, and Gerard and David, in the dining room. The featured menu is quite similar to what had been done initially, and has always incorporated dishes borrowed from other areas thanks to the recipes handed by people from other lands. The kitchen has been following the same line from the early days but with some updates.

Following the innovation side, in the summer of 2018 we have introduced a terracotta oven in our kitchen. It is an artisan oven fueled with oak wood which gives us a taste and a very particular texture to some elaborations. Although it is ideal for cooking meats, we also make other dishes that allow a different cooking way and it returns us to the origins of how our ancestors cooked. 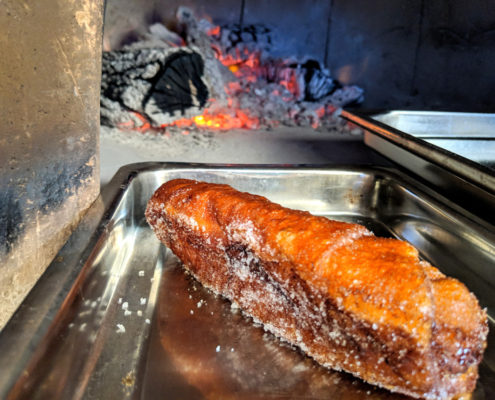 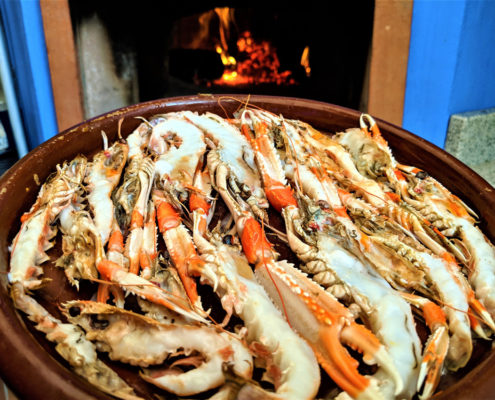 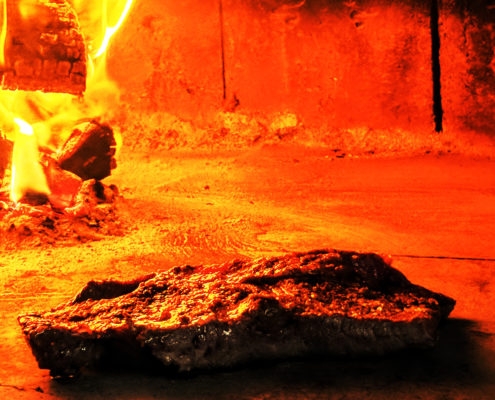 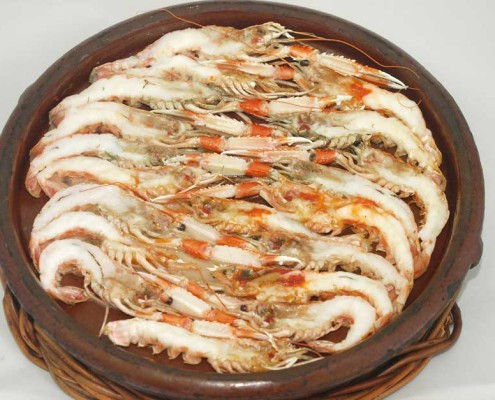 Our dishes are made with quality products like fish, we buy in the fish markets in Palamós and L’Escala.

We serve bruch (reservation required) on our summer terrace. Ask for information.

We use cookies on our website to give you the most relevant experience by remembering your preferences and repeat visits. By clicking “Accept All”, you consent to the use of ALL the cookies. However, you may visit "Cookie Settings" to provide a controlled consent.
Cookie SettingsAccept All
Manage consent

This website uses cookies to improve your experience while you navigate through the website. Out of these, the cookies that are categorized as necessary are stored on your browser as they are essential for the working of basic functionalities of the website. We also use third-party cookies that help us analyze and understand how you use this website. These cookies will be stored in your browser only with your consent. You also have the option to opt-out of these cookies. But opting out of some of these cookies may affect your browsing experience.
Necessary Sempre activat
Necessary cookies are absolutely essential for the website to function properly. This category only includes cookies that ensures basic functionalities and security features of the website. These cookies do not store any personal information.
Non-necessary
Any cookies that may not be particularly necessary for the website to function and is used specifically to collect user personal data via analytics, ads, other embedded contents are termed as non-necessary cookies. It is mandatory to procure user consent prior to running these cookies on your website.
DESA I ACCEPTA
Scroll to top